Here's something I say a lot:

This is not your fault

I say it almost daily to people in recovery, people battling self hatred, people who just can't find a way to embrace body positivity and leave those demons behind. To a lot of people it sounds like a cliche, something we say to make people feel less guilty, even when it's not completely true. But that's not why I say it. I say it because it's a fact. It is not your fault that you see your body as not good enough, you haven't created those feelings by yourself, you've been taught them.

So when my latest Instagram post talking about this received some comments from people accusing me of avoiding responsibility, blaming the media for everything, saying that people choose to have eating disorders by themselves (hold me back Jesus), I knew I had to address it with a post. Because while some people comment those things to be cruel, others genuinely don't see that there's another option - If I'm not to blame for how I see my own body, then who is?

I know this is hard to believe, but we didn't always feel this way. Women have not always stood in front of mirrors and been able to pick themselves apart into 100 different flaws they think they need to fix. In fact most of those 'flaws' have been invented in the last century alone. And it's those people, those inventors of our insecurities that we need to start pointing fingers at. And those people run the biggest industries in the world.

Society has always had a way of teaching women that we're second best, of extinguishing our potential and keeping us in our place. Today it does that with 'beauty', teaching us that beautiful is the most important thing we can be, that we're worth more as human beings if our bodies fit the current ideal, and that if they don't we should spend our whole life striving to reach it. Before beauty became the mark of successful womanhood it was domesticity - who could manage the cleanest home, be the most enticing host, the most attentive wife. And when women started to wonder if there was more to life, there were messages all around to remind them of their purpose, and to keep them buying those essential cleaning products. A world that can limit female social, economic and political power AND make millions from it is a partriarchal fairytale of profit and oppression, and that is the world we're living in. Back then women paid to be a prisoner in their own homes. Today they pay to be a prisoner of their own insecurities.

These industries are making billions from us every year, and while we're busy chasing our goal weights we forget about all the other goals we could be chasing. All the incredible things we could be achieving that have nothing to do with our appearance. Our whole lives become the pursuit of perfection and if we ever get too close that 'perfection' changes. They invent new flaws and new products to fix them. Cellulite didn't even have a name not too long ago, it was just considered another part of healthy female flesh, until the diet industry realised that they could capitalise on it.

When I 'blame the media for everything', what I am blaming first and foremost, are the diet and beauty industries and how their advertising has influenced all mainstream media. What started as a single ad for a weight loss potion in a local newspaper, at a time when women weren't too concerned about their weight at all, has morphed into the 10 page special 'How to Drop 4 Dress Sizes in a Month' sponsored by pages of all the latest pills, potions and diet plans. It's the mile high posters in bustling city centres of photoshopped models making you feel inadequate as you walk past. It's the TV adverts for Weight Watchers and waist shapers and appetite suppressants and liposuction that young people see EVERY DAY and learn in a thousand little ways that beauty is everything. And that they aren't beautiful exactly as they are.

And those messages have seeped so far into our cultural consciousness that it's not a matter of closing the magazine or changing the channel to make it go away. Because what started on a single newspaper page is now an entire belief system. It's why we only ever see one body type glorified in the media, because that body type is what we've been sold as perfection and we've bought it. It doesn't matter if you didn't have a TV growing up or you don't read magazines, it's gone so far beyond that that most people just take it is immutable truth - what is beautiful and what is not. It has spread across cultures, down generations, and become the crushing expectation on all of our shoulders. Direct contact with the media yourself doesn't matter, you can't escape the zeitgeist.

Did you ask to live in a culture that values the number on your bathroom scales over who you are as a person? Did you request to see 500 images a day that slowly carve away your self esteem? Did you sign off on society idolising a body type that's unattainable for 99% of us?

And that's why how you feel about your body is not your fault.

There is nothing actually wrong with your body, but there is a lot wrong with how you've been taught to view your body. And once you know that, once you recognise that there are forces greater than any of us working to destroy our self worth and sell us solutions to the problems they've created in the first place, THAT is when you have a choice. THAT is when you can either keep blindly believing all the lies about bodies and beauty and worth and value, or you can refuse to give any more of yourself away to the system that blinded you.

And even if you want to choose to walk away from it all, but you can't seem to break the invisible chains holding you onto self hatred, it still isn't your fault. You've spent a lifetime being brainwashed by those messages, and that's not something you can just walk away from without a fight. As long as you know that you have the power to fight. I believe that you can fight. But don't make the battle another thing to feel guilty about. You are trying the best you can with the cards you've been dealt, so give yourself a damn break.

For every time you've compared yourself to a flawless photo in a magazine; for every minute you've spent in front of your mirror tearing yourself to pieces; for every moment you've missed because you were too consumed with thoughts of flattering angles, or every hunger pang you've ignored and every day lived under the pressure of not feeling good enough. Really, truly, honestly, it is not your fault.
Newer Post Older Post Home 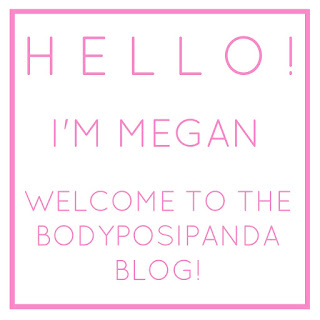 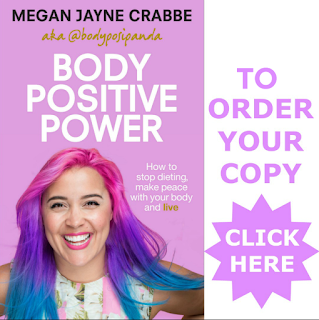 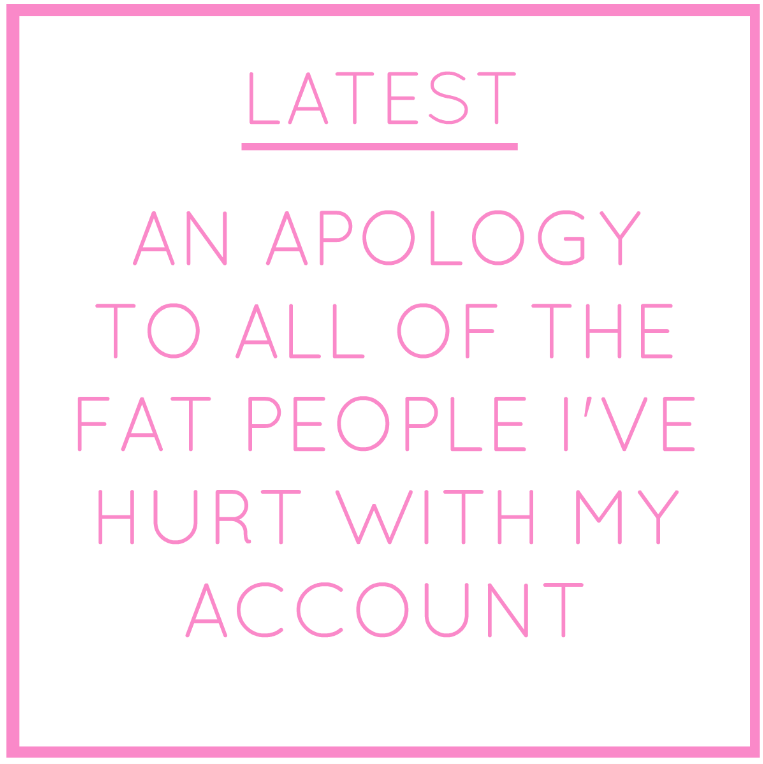 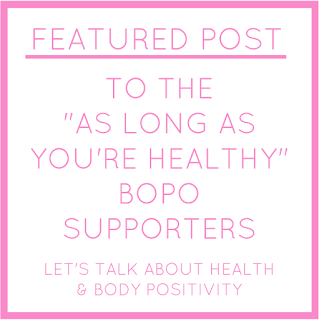